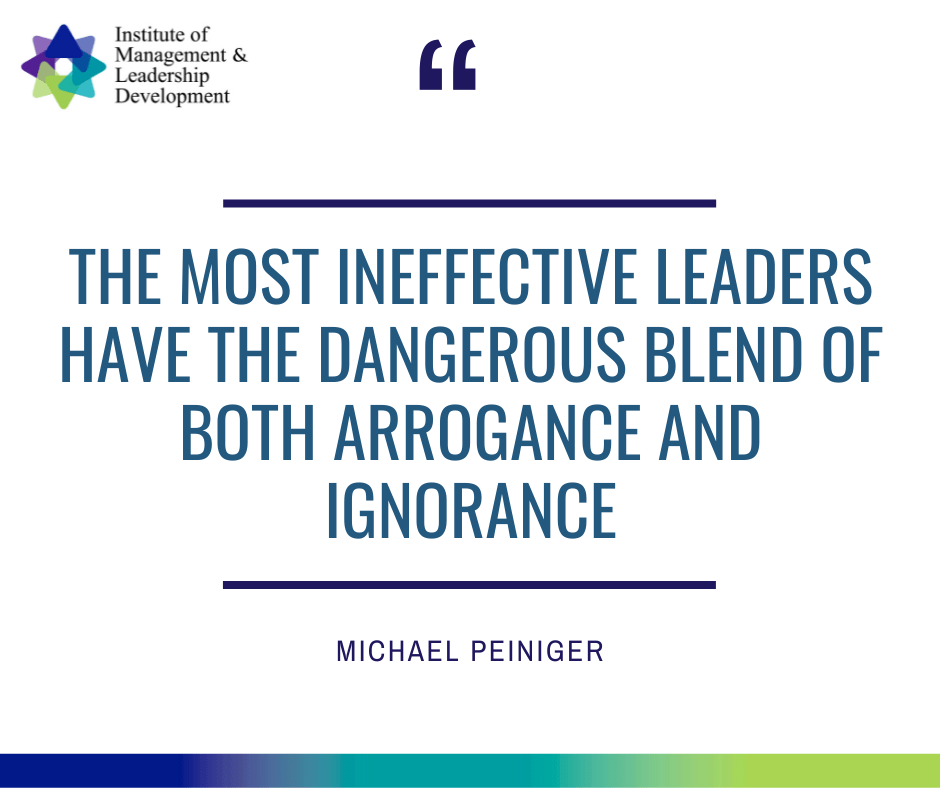 ‘The most ineffective leaders are those that have the dangerous combination of both arrogance and ignorance.’
Why?

They do not learn.

They are the leader that believes in their own self-importance more than anything else. In the face of being shown that their idea or view is wrong (and despite overwhelming evidence to the contrary) rather than apologising or changing their mind, they double down on their view. They make the people around them wrong. They blame others. They look in every direction for where the problem may lay (see our post on the AIR/BLEEDS Responsibility Model) – except in the direction that will actually have an impact – inwards.

Great leaders take the time to listen to their people, they read widely and deeply and seek to understand what is going on around them (and their business). They are decisive and clear in their decision making, and yet, they can apologise, acknowledge and ‘own’ when they have been wrong.

The true leaders are humble and learn from mistakes – they are not arrogant and ignorant.