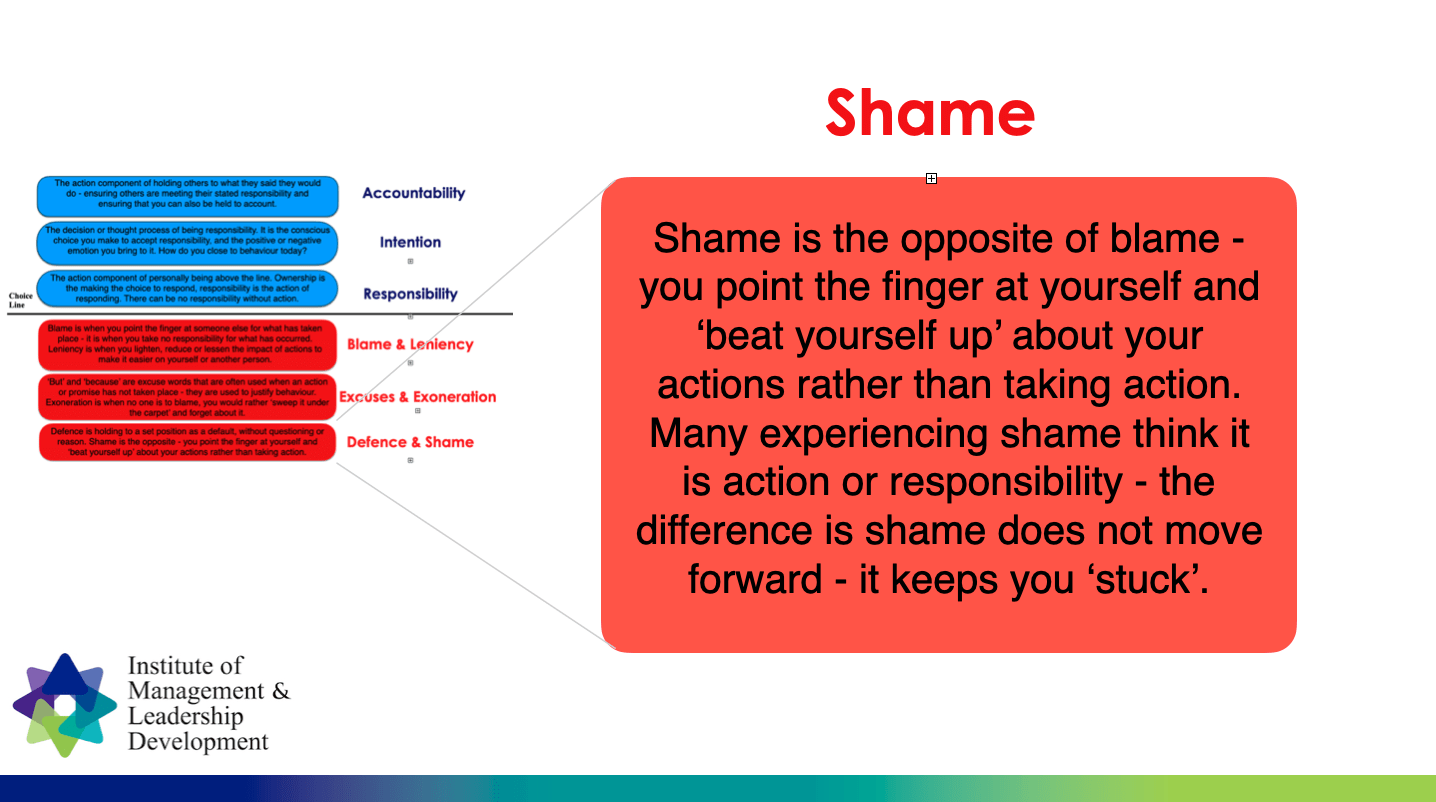 Do you ‘beat yourself up’ when things don’t work out the way you planned as a leader?

There are 6 ways a leader can be less efficient / less effective when it comes to leading themselves and others, having a net negative effect (the others being Blame, Leniency, Excuses, Exoneration and Defence).

Understanding your behaviours under stress is an important development step for a leader.

Shame is one of the most personally harmful. Brene Brown speaks on shame extensively in her books and Ted talks – I see it practically with leaders that have an over-developed sense of responsibility and when actions / tasks don’t meet expectations. They blame themselves – are hard on themselves – and stay stuck in their blame rather than moving forward.

For many, this feels like taking Responsibility for their actions, when in fact they are only owning the mistake – they are not moving forward and taking action on what can be done to address it.
Shame can be difficult to address – because others seeing it and pointing it out can make leaders feel even worse and ‘spiral’ further. But it can be addressed, by the leader as well as by peers and teams members, treading carefully but empathetically to move to responsibility and first actions.

Is shame one of your default behaviours when you are tired, stressed and under the pump? There is something you can do about it.