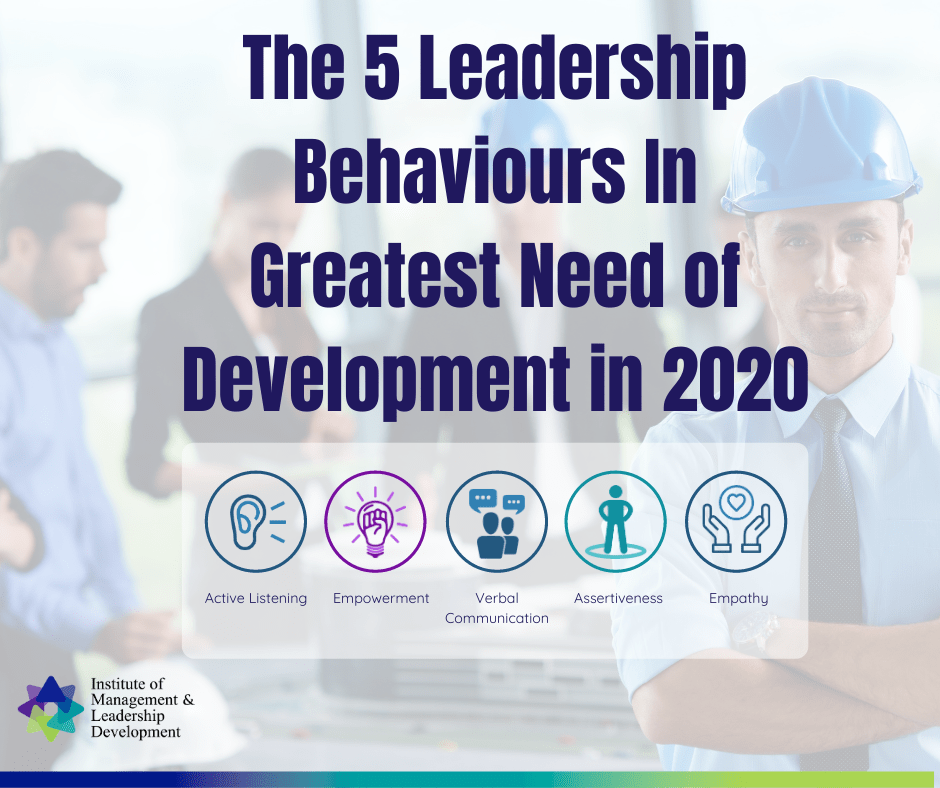 When it comes to the leadership skills and behaviours of Australian leaders, those related to communicating and understanding team members, as well as the ability to say no rated as the poorest, in a recent review of our Velocity Leadership CheckPoint results. The CheckPoint is our leadership profile tool used to rate leaders current behaviours against 25 different behaviours. In our review of more than 400 CheckPoint profiles, 5 clear leadership traits/behaviours rated the lowest. Those behaviours were:

Behaviours such as Goal Setting, Responsibility and Commitment rated as the highest scored behaviours amongst those tested.

Honestly, the bottom 5 leadership behaviours don’t come as a surprise to me. Having worked with more than 3000 leaders in the last 15 years (in workshops and one-on-one executive coaching), communicating clearly and effectively with team members is both an under-rated and under used skill.

Speaking and listening are basic human skills, but in a leadership sense, we expect so much more from our leaders than the basics. I believe that the active listening scored so low amongst leaders for several reasons. Many leaders in meetings focus their attention on what they are going to say next, rather than actually listen to what their team members are saying. This isn’t active listening, this is listening for speaking. When a leader is actively listening to their team, they will often pause to consider what has been said, and then response with a question or affirmation rather than a statement. Another poor trait of leaders that reflects in the low active listening score is cutting off team members when they are speaking. I have worked with many leaders that say they are busy and would like their team to ‘get to the point’ when speaking. Leaders can feel frustrated with the pace of a conversation, and seek to interject and ‘cut in’ on team members when they think they have the gist of the discussion. More often than not, team members will feel like their leader has not listened to what they were seeking to say, and their actions demonstrated that they don’t want to. What is often seen as efficiency by the leader is seen as not caring by the team member.

Empowering staff requires a leader to hand over the execution as well as the responsibility fo a task to a team member. One key factor impacts a leaders ability to do this effectively – trust. When a leader doesn’t trust their staff, they are more likely to micro-manage a task and ‘check in’ more often than needed. In many ways, this behaviour is self-fulfilling – team members feel less trusted through micro management. Lack of empowerment of staff is created in many ways; what I see most often is leaders unwilling to hand over a task they know they can do well, not able to train their team effectively to assume a task and not communicating clearly from the outset what they want. If a leader does all three of these behaviours, their team will not feel empowered.

This is more than the ability to speak – it is the ability to convert clearly and effectively what a leader wants and expects. In a follow up to the Checkpoint results, we asked leaders to complete a simple action. The task was to write down a list of 10 things they loved their team to do, as well as 10 things that they didn’t like. Of the 20 items on the list, we then asked them to highlight the items on the list that they knew their team was already aware of. Of the more than 100 leaders we completed this activity with, most (more than 80%) highlighted less than half of their list. In other words, leaders had very specific likes and dislikes that they were aware of, yet their team was ‘flying blind’ to more than half of them. Clearly explaining and discussing expectations, timelines, deadlines and expected behaviours all fall under the realm of verbal communication.

There are many ways to describe and define assertiveness. I think of assertiveness as the ability to clearly state what you want and what you need – it is not being bossy or pushy. The most obvious way leaders demonstrate a lack of assertiveness is in regards to time and tasks. Many leaders treat their own time as an afterthought rather than a precious resource. Attending meetings that they do not need to, and allowing interruptions from team members constantly throughout the day, results in no clear time to complete their own important tasks. In addition, leaders often take on additional tasks without first ascertaining the impact on their current tasks. Overpromising and under delivering often comes from a lack of assertiveness – not asking simple questions at the start of an interaction such as ‘When do you need it?’ and ‘Can I get back to you?’ adds to an already long list of tasks. Assertiveness is more than the ability to say no (although, saying no is sometimes what is required), it is the ability to discuss, ask and negotiate an outcome so that is can be completed at an appropriate time.

Empathy sounds so simple when it is explained on Facebook (you know the quotes, ‘Walk a mile in another person’s shoes’ etc). Many leaders get stuck expressing and demonstrating empathy because of one simple (and common) bias – the assumption that their experience is / has been the same as everyone else’s. In my experience as an executive coach, it is often a revelation for leaders to realise that their way of doing things is unique to the experiences, skills, training, workplaces, beliefs and cultures that only they have experienced. Recognising that the team that works with them will not have had those experiences (and hence, may not have the skill set or experiences to draw upon in the same way) is a solid first step to demonstrating empathy. Unfortunately, empathy rates low on the list because many leaders assume the level of experience of their team is the same as their own – or they believe that ‘their way’ is common sense.

Of the 5 areas listed as needing the most development for leaders, which is your Achilles heel?

Is it Active Listening? Do you need to stop listening for your next comment and actually hear what is being said?

Is it Empowerment? Do you need to have more faith and trust in your team and train them to complete what you know you can do?

Is it Verbal Communication? Do you need to explain more clearly what you want / don’t want to those that work around you?

Is it Assertiveness? Do you need to negotiate more when accepting tasks and understand other peoples priorities better?

Or is it Empathy? Do you need to consider that your way of doing things is unique to you and may not be how others do / understand / perceive things?