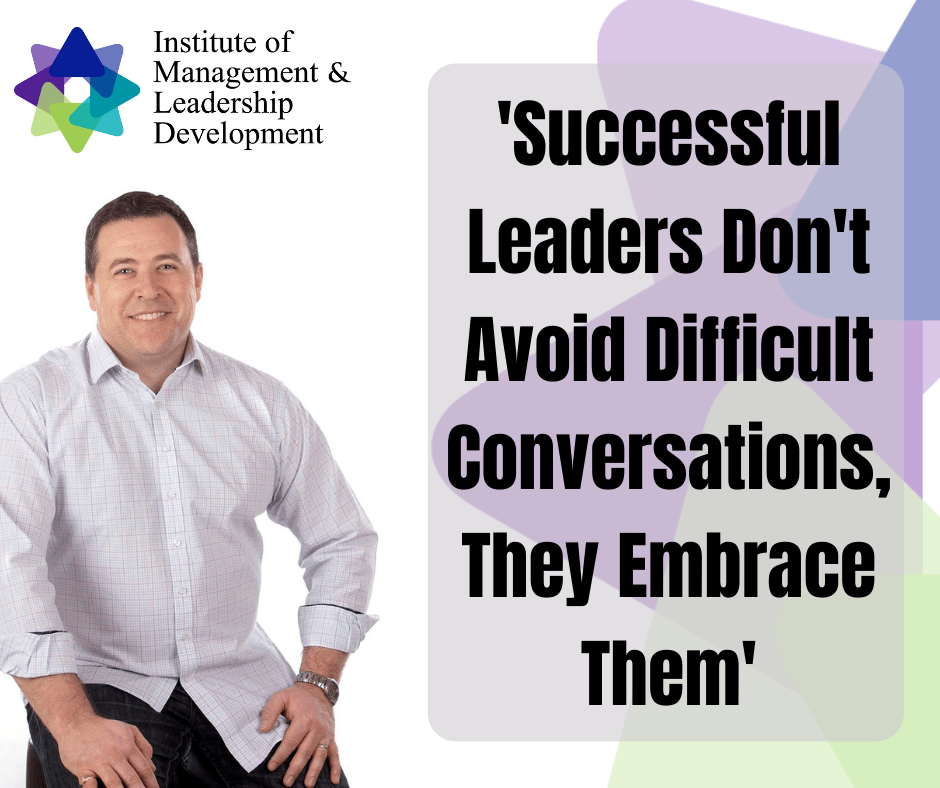 (and Yes, they are still uncomfortable)

How to have a difficult conversation at work

Difficult conversations — whether you are telling an underperforming an team member that they need to do to improve on something, or advising your boss of a missed deadline — are part and parcel of being a leader, manager or supervisor. What is the best way to prepare for this type of conversation? What should you say (or not say)? How do you find the right words in the moment and be able to respond in an appropriate way if the person doesn’t agree or acknowledge what you have raised? And, how can you manage the ‘back and forth’ of the conversation so that it goes smoothly and you get the outcome you want?

Being in conflict can feel uncomfortable for a large number of reasons; fear, lack of a clear outcome, lack of practice, getting carried away with emotions etc.

It is very easy to not deal with little things such as misunderstandings, slights, and miscommunications, resulting in relationships ‘drifting’ from where you would like them to be. If these little things are addressed, the difficulty in raising them can be small, along with the repercussions. If these misunderstandings are allowed to fester, as well as be added to through further conflict, these issues can become much bigger – and the consequences can be harder to address.

No leader likes having difficult conversations – but successful leaders understand the necessity (for themselves, the business and the team member) and they push through the difficulty to have them anyway.

DRIFT describes the difference between where we would like a relationship / discussion to be, and where we have ended up – we have ‘drifted’ away from what we want. A DRIFT conversation is a way of assertively bringing the relationship ‘back on track’ through a planned and thoughtful conversation.

Describe the situation and the circumstances that have made you want to have a discussion. The focus on the description should be facts, facts and facts. Describe what has happened in data only with information that cannot be disputed.

One of the biggest mistakes people make in having a difficult discussion is in ‘judging’ a behaviour rather than describing it.

One thing you can do to reduce the need for DRIFT conversations is be very clear with the people around you regarding what you like and what do you don’t. For help establishing this, have a look at the article ‘Is Your Team Flying Blind to Your Expectations?’ and download the Team Expectations Checklist.

Stephen Covey in ‘The 7 Habits of Highly Effective People’ says that we should begin ‘with the end in mind’. The same applies with a difficult conversation – what is it you want to achieve by having the conversation? What is the resulting behaviour you would like to take place? What will be the repercussions if things change or stay the same? When you think of the repercussions or consequences, consider the following:

What will happen if the person doesn’t change their behaviour? What will you do? How you will react? What future measures will you put in place?

What will happen if the person does change their behaviour? What will you say? How will you reinforce the behaviour further?

In 1796, Dr Edward Jenner discovered how to inoculate children against the the disease smallpox. The premise was to use a small amount of the dead virus and inject it into the patient, providing the body an opportunity to develop antibodies and fight the disease. When the patient would next be exposed to smallpox, they already had the means within the body to fight the disease.

Inoculating someone for a conversation affords them the respect of having time to adjust to the conversation and prepare for what will take place. The inoculation also allow you, the person initiating the conversation, time to think regarding how you would like to approach the situation.

‘I would like to talk with you regarding arrival at work this week. Can we discuss it 10am?’

‘There were some details in the report you wrote that I am not happy with and needs improvement. Can we discuss them after lunch?’

‘You really could have done a better job on that report. We need to talk about it’

Keys components of a good inoculation:

How do you feel about the situation you are raising?

Describe how you feel about the issue and its impact

Being clear on how you feel makes it easier for the person receiving the information to understand its impact on you, and makes them more likely to adjust their behaviour. That said, a large number of people struggle to work out how they actually feel on an issue. Are you  anxious, annoyed, embarrassed, overwhelmed, hurt, worried or resentful? Are you happy, relieved, elated or excited?

While it might take some effort to reflect and consider how the situation makes you feel, it makes all of the difference. Whether you know it or not, your body language, tone and demeanour is going to reflect how you feel, and clearly stating it will have all of your communication (verbal and non-verbal) reflect it. Saying you feel one thing (or saying nothing at all), when your body language reflects something else leaves the person you are speaking to confused or worse, lied to.

How do you want the situation to change?

How do you want the behaviour to be altered or changed?

What do you want the person to start doing or stop doing?

What standard do you expect the behaviour to be at in the future?

How often do you want it to happen in the future?

Writing a DRIFT plan provides you with the opportunity to clarify your thoughts, get specific with your emotions and provide people with feedback that can make a difference. Remember – it is a plan, not a script. A conversation is a two-way thing, and you have only prepared and thought out one side of the conversation. At each stage of the DRIFT conversation, there is an opportunity to ask questions, clarify and discuss from both parties.

The DRIFT Plan is about know your key points – it isn’t a carefully worded script that must be delivered line by line. The person you are talking to doesn’t ‘know their lines’, making a carefully written script useless. In addition, delivering a full script to someone without interruption is now a statement (or an accusation), not a discussion.

Like most activities, the more you have difficult conversations, the better you get at them. It is much easier to start with the small drifts and deviations from what you want, rather than tackling a large performance management issue that has been avoided for years. Don’t avoid the big, important conversations – but remember to walk before you run.

Looking for Help to Prepare, Plan, Deliver or Practice a Difficult Conversation?

Take a look at our ‘Difficult Conversations in the Workplace’ workshop, or if it is in a more formal setting you need need, check out the ‘Performance Management Essentials‘ workshop. Both workshops provide the knowledge, guidance, expertise, tips, tricks and practice to have a difficult conversation made easier.

Leadership 101: Looking to Avoid Difficult Conversations? Have More Smaller Ones