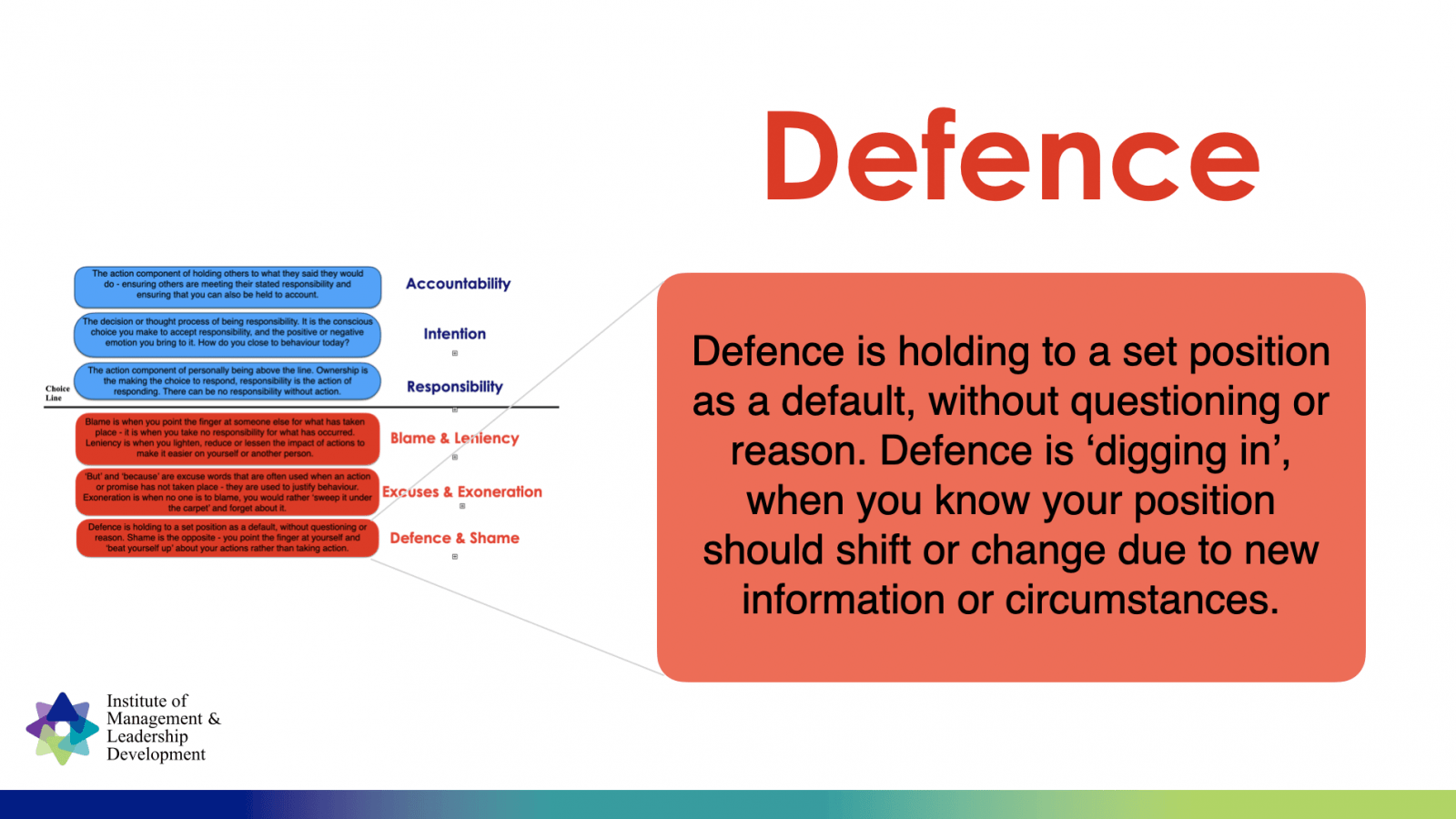 Question: Can you admit when you are a wrong? Put another way – are you a defensive leader?

Alternative: Do you work with someone who never (ever) admits that they are wrong? Instead of recognising a mistake or acknowledging an error, they ‘double down’, and try to convince you that they were right?

This is Defence – ‘digging in’ on a position or opinion when you should shift or change due to new information or circumstances.

Honestly, of all of the inefficient and ineffective behaviours that the BLEEDS part of the AIR / BLEEDS model discusses, I find leaders that use Defence as a default one of the hardest groups of people to work with.

At its lightest, Defence can be never admitting that you are wrong. When under stress and pressure, Defence can be more obstinate ie ‘I don’t accept the premise of your question’ being a recent statement that fits Defence perfectly.

In a team sense, ‘leaping to someone’s defence’ can be seen a good thing, but can create difficulty if the person does this without looking at the behaviour they are agreeing with first.

In my experience, this behaviour is seen less in junior or emerging leaders – it is often challenged by people in authority and questioned. It is prevalent in senior leaders who are not used to (or don’t like) their position or ideas to be challenged.